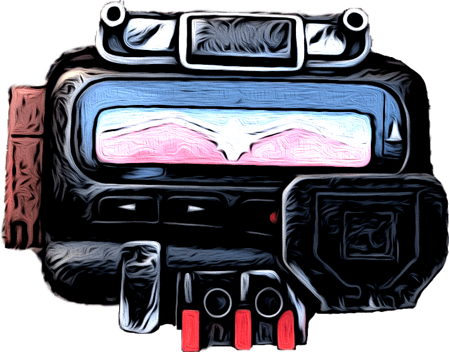 “Quality Time” by The Hi-Five was a song that came out around 1992 I believe.  Now here is a song from my High School Day’s that I loved and would sing along to whenever it came on the radio.  Before YouTube, Spotify, Apple Music or any other music streaming service, we only really had the radio to discover music.  I guess you could have also been a member of some underground club that was into more obscure music options, but I was never a part of that scene myself.

When you listen to the song, the group mentions a pager, which we also called a beeper back in those days before the cell phone took off because it was cost prohibitive and on the large side back then.  Think of a brick that weighed about 2 pounds or as much as your MacBook Pro laptop. Now, this little device (which I have a photo of the one from the end scene credits here above from Marvel Avengers: Infinity War 2018 movie) could only back then receive messages that included numbers, later they had some that accepted letters and were a few lines long. We had to get creative with how we used these things to communicate a short message.  Here is a sample of a few I remember myself using as well as a little Googling to find others.

Here are the Pager Codes:

For those who remember, did I miss any? 😀

Maybe you can incorporate some of these as shorthand when you SMS message the kids, it can be like a secret language between you and another way to bond.  I think I’ll try it but I don’t have much faith that the kids will adopt it and send it back, but who knows? Worth a shot to bring a blast from the past.  I would avoid using “1134 2 09” however!