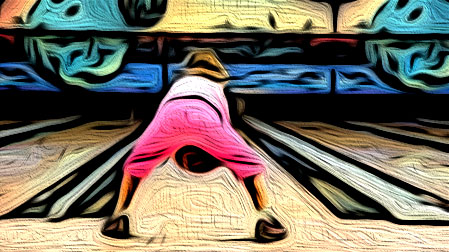 I was watching the Late Show with Steven Colbert on March 6, 2019, the episode he interviewed Willie Geist.   Mr. Giest spoke of his job of course as co-anchor of “MSNBC’s Morning Joe” and anchor of “Sunday Today with Willie Geist” but what was more entertaining was the story of his quality time out with his kids one day many years ago.  His wife was going out and so it was his turn to take the parental role and entertain his little ones for the day. His story went, and I am paraphrasing, he asked his wife as she was leaving, “what do they eat?” In which she replied, “figure it out!”  So he decided to take them to the petting zoo in New York where they pet the sheep (and I assume didn’t sanitize after from how the story continued).  They then went to Lucky Strikes for some bowling using the public bowling balls.  Had chicken fingers for lunch then ended the fun day with a visit to Dave and Busters.  The next day while at work, his wife calls to him and asks what had he done with the kids the previous day?  He said he was just out having a good time with them.  Well, they were up all night painting the bathroom with whatever level of digestion those chicken fingers were left in at the time.  He mentioned being up for the father of the year award but added that he thinks his wife may object to that.  Just a fun story that I thought would make for a good lesson to all of us.  Make sure the kids wash their hands before they eat and maybe carry the sanitizer wipes or pump with you for after they ‘touch very public areas’ and here is to a germ-free fun time for you with yours!